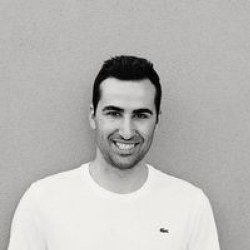 Francisco Jiménez Cabrera I have always been interested in computer and technology scene. Currently, I spend my days working as a web developer at Canonical. 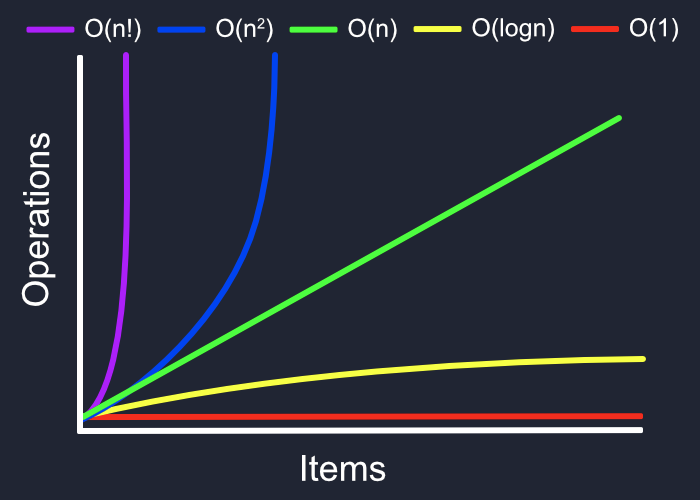 I started blogging about things that I care about to keep knowledge in my head and have these concepts present. I am not an expert on them, but the idea behind my posting about them is that at least I need to understand them and memorize some stuff.

Big O notation is one of the most fundamental tools for computer scientists to analyze the cost of an algorithm. It is a good practice for software engineers to understand in-depth as well.

The following are some of the most common Big-O functions:

This is the ideal. No matter how many items there are, whether one or one million, the amount of time to complete will remain the same. Most operations that perform a single operation are O(1). Pushing to an array, getting an item at a particular index, adding a child element, etc., will all take the same amount of time regardless of the array length.

In the above script, irrespective of the input size or the number of items in the input list, the algorithm performs only two steps: Finding the first element’s square and printing the result on the screen. Hence, the complexity remains constant. 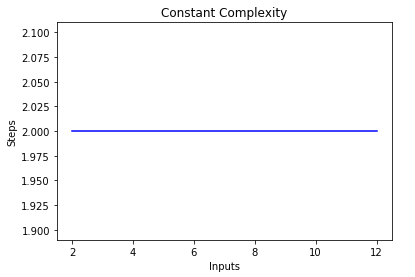 By default, all loops are an example of linear growth because there is a one-to-one relationship between the data size and time to completion. So an array with 1,000 times more items will take exactly 1,000 times longer.

The complexity of the linear_algo function is linear in the above example since the number of iterations of the for-loop will equal the size of the input items array. For instance, if there are four items in the items list, the for-loop will be executed four times, and so on. 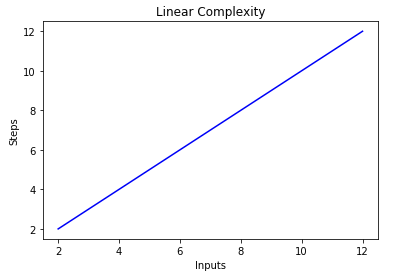 Exponential growth is a trap we’ve all fall into at least once. Need to find a matching pair for each item in an array? Putting a loop inside a loop is an excellent way of turning an array of 1,000 items into a million operation search. It’s always better to have to do 2,000 operations over two separate loops than a million with two nested loops. 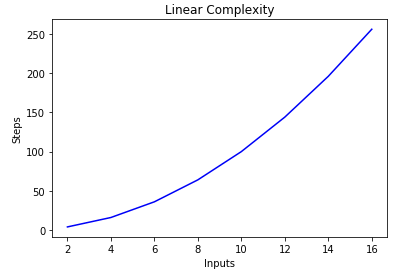 The Big-O notation is the standard metric used to measure the complexity of an algorithm. Keeping your code as performant as possible may seem like an obvious concern, but I’m sure almost every developer has created double or triple nested loops at least once because ‘it just works’. Big O notation is essential in expressing and thinking about complexity.